The debut of the legendary korean band BTS! The era is filled with cool rap and hip-hop. We see a rather dark concept: catchy phrases, black and white clothing, a large number of gold jewelry. The Jimin’s press adds the maximum number of points to this era ~

BTS delight us with gorgeous choreography! The dark concept continues, the hip-hop vibe still filled with embellishments. The hearts of our editorial staff were frozen by the rap of Namjoon and Hoseok.

We have “obedient” students, but this is not for long. The juxtaposition of dark and light tones, as well as the perfect rap, create the perfect atmosphere, conveying the desire to fight for their rights. Don’t fall into the trap of someone else’s dream, live your own!

The BTS school era will tell us about the excitement of first love, about the desire to confess your feelings. What would she say? What does she want and who will she choose? The guys in the school uniform look their best. Our editorial staff fell in love with Taehyung of this era!

A calm and easy era of love. The track is a declaration of love for the girl, but she still does not know about the feelings of the guy. But very soon, one day, she would understand. Everything is possible if there is only one day.

The aggressive mix of rock and pop music created a dynamic atmosphere of the Danger era. We feel the pain in the lyrics, it also permeates the entire clip: the burning from Namjoon’s tattoo, Jungkook and Jin’s desire to destroy everything around, Taehyung, who wants to change at least something, even if it’s the appearance, bangs. The style is dominated by black color, also bright dark makeup. Their eyes are sizzling! “Decided to test me? Don’t play with me!”

The era of unrequited love is too painful. There are questions about yourself and the person you love. Maybe we should end this toxic relationship… But he loves her so much! “I need you, you’re so cold.”

The Dope era has turned us into BTS fans. Guys in the images of workers in different spheres, an incendiary track – what else do you need? In this era, our editorial staff gave their heart to Suga and Jungkook. The roles are so fitting them! The BTS members sang about the difficulty of the chosen path, about the long training sessions on the way to their goal. Guys, you will achieve everything! Even at the very beginning, you already knew everything, as well as we, your ARMY.

Pain and love are intertwined in the Run era. Once again, we feel the difficult fate of unrequited love. But what if it’s still possible? Suddenly, if you add a step, run with all your strength – and here you are, you will reach the heart of a loved one who will understand everything, remember, warm you. In the music video, night and day are side by side, the open space is replaced by suffocation at depth. In the Run era, my heart was especially pounding during the vocal transition from J-Hope to Jungkook, as well as when Taehyung looks at us under the water. Oh, gods, that look… “It can’t be helped, I can’t live without you.”

The era of crazy destroy! Go ahead, burn everything, but be yourself. A loser with a broken heart? Whatever! Go your way, overcome the difficulties! “Live your life. It’s up to you anyway.” Bright colors, clothes, hairstyles of the guys and a juicy track-all this is energizing! It’s impossible to just sit still while listening! Hey, burn it up!

Era Save Me, album The Most Beautiful Moment In Life: Young Forever (BTS, 2016)

An inspiring era of mutual love and hope. For us, this era has become a breath of fresh air, the problems of unrequited love have receded: “I threw away all my sadness.Thank you for being ‘we’.” In this era, our editors especially remember Jimin, his dance and vocals. The clip differs from the standard kpop video, as it was shot in one take. We would like to thank the cameramen, the BTS members, and, of course, everyone who worked on this song and video. It turned out magically!

The alluring era of Blood Sweat & Tears turns your head with its beauty. We are once again plunged into the abyss of painful love and hopelessness. All the members of BTS were able to reveal their acting potential, which was eventually reflected in the video, and a spark of art was lit. “My blood, sweat, and tears, as well as my flesh, mind, and soul, all belong to you.”

The Spring Day era, like the breath of approaching spring, inspires hope. This era has become one of the most beloved for our editorial staff. Yes, it is full of suspense and agonizing expectation, but at the same time we know that there is something good waiting for us around the corner. “The dawn will come again. Neither darkness nor any season lasts forever.”

The inspiring and dynamic era of Not Today is filled with the desire to achieve the goal at all costs! If you’re alive, fight! Overcome doubts and fears, move forward, because you are unique! Chic, large-scale choreography will not leave anyone indifferent. “There may come a day when we lose, but not today! Today we will fight!”

The fantastically bright era of DNA is steeped in love. Yes, in this world everything is not accidental and the universe has long distributed all the roles in advance. “Our meeting is a mathematical calculation, a commandment, a law of nature. Proof that fate exists.”

The collaboration of BTS and Steve Aoki turned the Mic Drop era into a true masterpiece. “I have so many trophies in my hands, they are so heavy. I don’t have enough hands. I drop the microphone.” They have achieved everything, the haters will continue to hate, but it doesn’t matter. The microphone dropped. They go on, to new heights!

Easy, bright era of carelessness Go Go splashes money and does not think about tomorrow. We are young, let’s have fun and rock out! The most cute choreography and cool chorus makes you watch BTS performances again and again. “We live once, have fun, go for a walk! Spend it on fun!”

The era of Fake Love reveals the dark side of love. Do they really love us or do they love our image? Why are we afraid to show our true selves even in front of our loved ones? Lies or love? BTS reveals all these doubts in their music video: the lyrics are full of pain and emotions, the dances are sharp and dynamic choreography, dark tones are replaced by bright light and faith in the possibility of true love. I’m so tired of lying. “I would like love to be perfect. So that the shortcomings are hidden.”

The most vivid era of self-belief. No more doubts! Believe in yourself and keep moving towards your goal! “I just do my job and I love myself for it.” The inclusion of Korean cultural symbols in the music video increases the level of viewing pleasure to the maximum.

The era of Boy With Luv is charged with positive emotions, the collage with Halsey turned out to be just magical! The era compared to Boy In Luv showed us how the guys have matured. We are no longer in love with a schoolboy, but with a real, adult love with attention, care, and, not least, love for yourself. Say no to toxic relationships!
“I’ve been waiting for you all my life, I want to be with you.”

Here is the era of BTS, which has become a real work of art. “Mind your own business. But what is it, my business?” If the artist loses inspiration and stops creating, and the dancer can’t dance, what is the meaning of existence?
The art film begins with a phrase that makes us think and watch with fascination the performance of the Slovenian dance school “MN Dance Company”: “A dancer dies twice. The first time is when he stops dancing, and this death is the most painful.”
The music video was shot in an unusual atmosphere for the style of kpop – in the theater. But you know, in our personal opinion, this was the best place to perform this composition. Stop looking at styles and limiting yourself. It’s time to create. Hurry up before it’s too late!

The On era has opened up new opportunities for the BTS group. Here is not just a kpop clip, but a real movie! The main characters fight for their freedom and dreams. “Even when I lose, I rise, as I always have!” Do not be afraid of change, always go ahead and fight until the last breath! In the new era, we do not see frames and closed rooms. There is space and light ahead. Collaborations with the dance studio THE LAB and the Blue Devils orchestra amaze with their splendor and professionalism!

The much-needed bright and shining era Dynamite burst into 2020, quickly gaining popularity and love. By the way, the track Dynamite was the first completely English-language track of BTS. Perfect English debut, guys! This kpop era is filled with joy and confidence, it energizes even through the screen! “Watch as I build a fire and light this night. Shining from the inside of the city with the melodies of funk and soul songs, I will illuminate everything with light, like dynamite!”

Submitting to the universal global helplessness of 2020, the era of Life Goes On has arrived. She expresses general confusion, anxiety and fear, but is determined to overcome all difficulties. There is already a bright future ahead, it remains to wait a little. But life goes on, it goes on…
Big Hit Entertainment pleased with different versions of the video for one song. Thank you, I want to listen to it, and watch the mvs, again and again!
“Yes, life goes on. Like an arrow in the blue sky, another day flies by again.”

Version Life Goes On: on my pillow

Version Life Goes On: in the forest 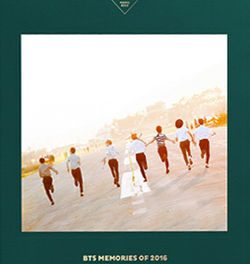 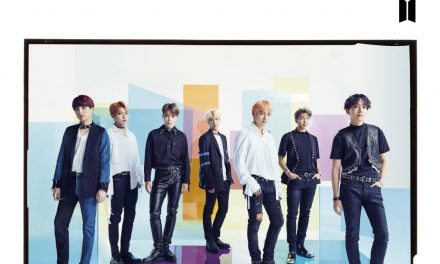 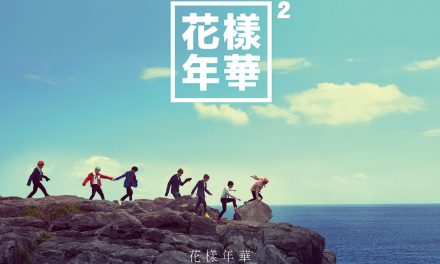